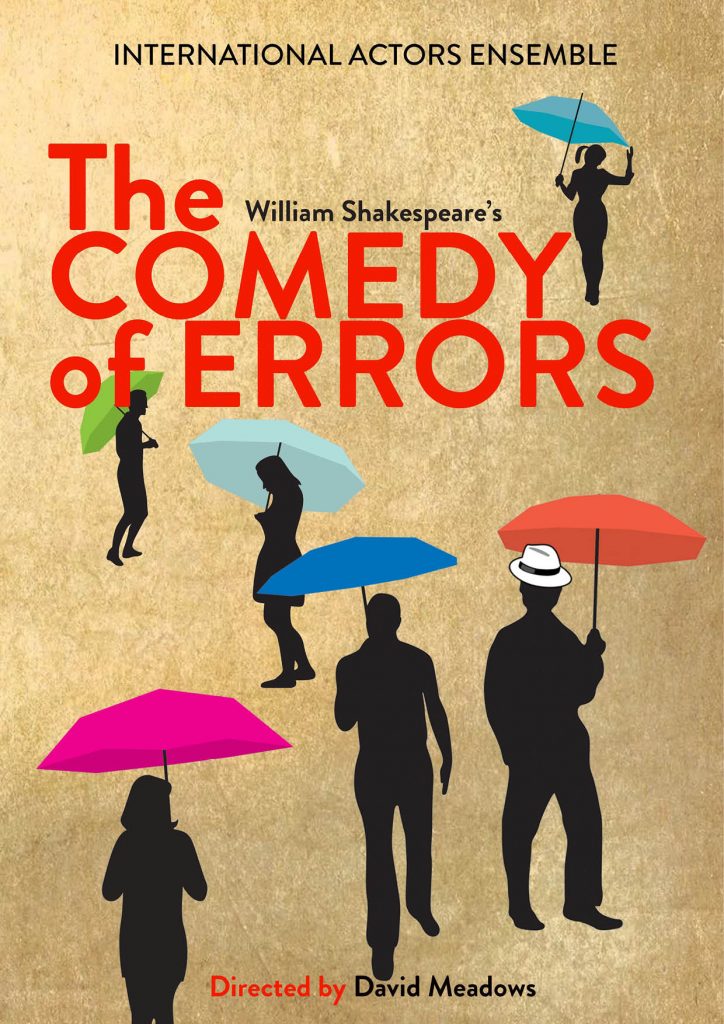 The Comedy of Errors

William Shakespeare’s The Comedy of Errors is a riotous, farce-paced comedy about mistaken identity, the problems money can create, the problems money can fix, conflict resolution, international relations, and nuns with pasts. This is a broad, fast crowdpleasing comedy by a young playwright keen for a hit – that one big smash that will make his name and set him up. It is thus imperative that this production mine its comic wells – both in the script and in the company of actors – and give our audience what is promised in the play’s very title… COMEDY: fast-paced, truthful, detailed, intelligent, disciplined, raunchy, side-splitting, world-class large-cast comedy.